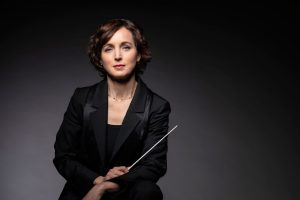 The 2021 World Orchestra Series performance of ‘WOS Virtuoso Chamber’ will be held at the Daegu Concert House Grand Hall at 5 pm on the 23rd (Sat). WOS Virtuoso Chamber, an ensemble group founded by the World Orchestra Series Organizing Committee and Daegu Concert House, is composed of professional performers with the qualities of virtuoso (masters).

This WOS Virtuoso Chamber Concert will be conducted by Tania Miller, the first female conductor of the KBS Symphony Orchestra, and will be held in collaboration with Violinist Yoon So-young with keen imagination.

The WOS Virtuoso Chamber was first opened with Mendelssohn’s ‘Symphony for Strings No. 10 in B Minor’ at the concert, and then Piazzolla’s representative work ‘The Four Seasons of Buenos Aires’, Elgar’s ‘Introduction and Allegro’ to commemorate the 100th anniversary of Piazzolla’s birth. ‘, etc., play songs that encompass classical and romantic. In particular, this performance shows the unique color of the WOS virtuoso chamber with only string instruments. 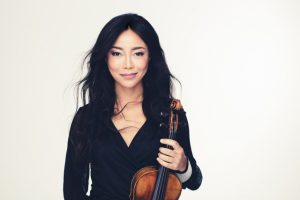 Kyung-Jin Han, who is currently a professor at Kyungpook National University, will lead the WOS Virtuoso Ensemble by taking on the movement like last year. Lee Kang-won and Baek Na-hyun took the 1st and 2nd violins, respectively, along with Song Jeong-min, Kim Chae-in, Jeong Hye-jin, Park Shin-hye, and Won Seon-yun.

The viola consists of senior Bae Eun-jin, Park So-yeon, Jeon Ji-yoon, and Lee Jung-min. The cello is led by Lee Yun-ha, with Choi Jae-ho and Jeon So-hyun. Song Seong-hoon, a former member of the Berlin State Opera, will take over as the double bass principal. In particular, in this concert, violinist Gyuri Park, who served as the vice-master of the Solassian Youth Orchestra held in August, will participate as a special member.

After this performance, WOS Virtuoso Chamber will go on tour performances such as Banseok Art Hall (26th) at Dongtan Cultural Center in Hwaseong, Gyeonggi-do and Yeongsan Art Hall (27th) in Seoul.